Congratulations - you have completed History of Tamil Nadu.

Your performance has been rated as %%RATING%% 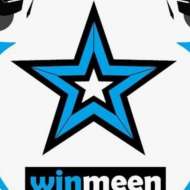 No one is online right now